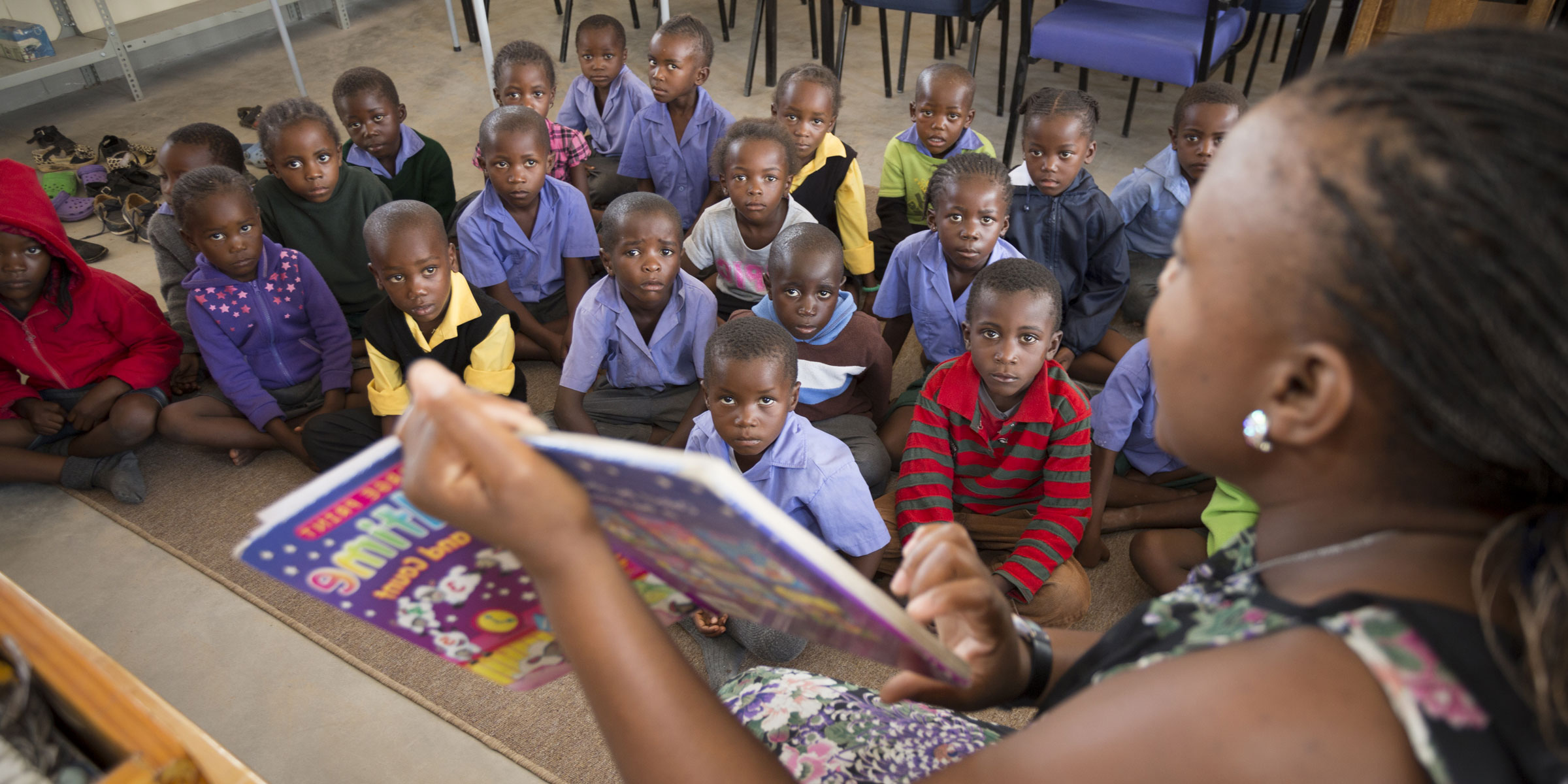 Addressing Barriers to Education in Namibia

MCC’s $304.5 million Namibia Compact (2009-2014) funded the $145 million Education Project which included the Improving the Quality of General Education Activity (Education Activity) and the Improving Access to and Management of Textbooks Activity (Textbook Activity), which aimed to improve the quality of the Namibian workforce by enhancing the equity and effectiveness of basic education. The Education Activity rehabilitated nearly 50 schools and funded training for school personnel. The Textbook Activity distributed textbooks to all Namibian schools and supported textbook procurement and management reforms.

This final performance evaluation was designed to answer eight evaluation questions, a subset of which are listed below:

The compact constructed, renovated, and equipped 49 schools in Namibia. While school personnel appreciated the improved facilities, they often did not meet their needs. For example, junior and senior secondary schools received the same equipment and materials despite differences in curricula. Additionally, maintenance of MCA-supplied computers has been unaffordable post-compact, which has negatively impacted the use of the computers in the classroom.

Teacher housing was constructed to attract more qualified teachers in remote areas. The average proportion of qualified staff at compact-supported schools increased from 22 percent in 2009 to 93 percent in 2016, compared to an increase in the average across the regions of 79 percent to 82 percent in the same period. However, the most significant increase at the compact-supported schools took place between 2009 and 2012, before many of the compact activities were implemented. As a result, the evaluator found no evidence that the improved school facilities or the teacher housing caused the increase in the proportion of qualified teachers at the refurbished schools.

It is likely the textbooks procured by the compact improved the textbook-to-pupil ratio (TPR) in Namibia. However, the Ministry of Education, Arts and Culture (MEAC) did not have records of the number of textbooks at each school, so the evaluation could not verify the actual TPR. Stakeholders believe the post-compact TPR likely suffered due to the introduction of a revised curriculum in 2015 and government austerity measures in 2016, which restricted funding to purchase new textbooks aligned with the new curriculum.

Textbook training was structured around the “train the trainer” method of training, also known as the “cascade” approach. While the evaluator considered the training of master trainers to be “largely successful,” the textbook usage trainings seemed to have been replicated within some regions, while two other types of training either experienced limited replication or limited effectiveness of the replication.

Finally, the Supply Chain Management Unit, which was established to plan, coordinate, supervise, and monitor textbook procurement, is restricted in the amount of time they can spend monitoring the effectiveness and efficiencies of the textbook ordering processes for which they are ultimately responsible. Furthermore, MEAC never implemented the Learning Support Materials Management Information System that was part of a textbook planning and data management framework intended to improve textbook procurement and distribution.

Compact-supported schools exceeded year five targets for the Grade 5 standardized tests but did not meet or exceed targets in any of the subjects in the Grade 10 and 12 leaving exams. Compared to the national average in 2015/16, compact-supported schools performed better in four exams, essentially on par in three, and worse in one. The year-on-year trends are also mixed, with a few exams showing consistently-decreasing scores, while the remaining scores increased between 2009 and 2016, though some trends are more consistently positive than others.

According to the evaluator, the evidence does not suggest that the compact interventions, on their own, positively impacted learner performance on the 10th or 12th grade exams, and cannot determine with certainty whether the compact-supported facilities influenced the positive performance on the 5th grade exam. Furthermore, given that not all test scores improved at the national level, the evaluator questioned whether or how the textbooks could have helped improve performance on some exams but not others.

Finally, sex-disaggregation of average test scores shows that girls at compact-supported schools consistently outperformed boys in English at every level of testing. In Grade 5, girls also performed better in math. However, beginning in Grade 7, girls’ and boys’ performance was essentially even in both math and science. And by junior secondary school, boys performed better than girls in math and science, and this trend continued into senior secondary school.

This final performance evaluation was primarily qualitative, drawing on the review of written reports, observations, key informant interviews, focus group discussions, and was complemented by descriptive analysis of the relationships between project investments and quantitative learner outcomes. The evaluation used administrative data from 2012 to 2016 and primary data that were collected in April 2018. The exposure period is approximately 2-3.5 years. The following data sources were used: