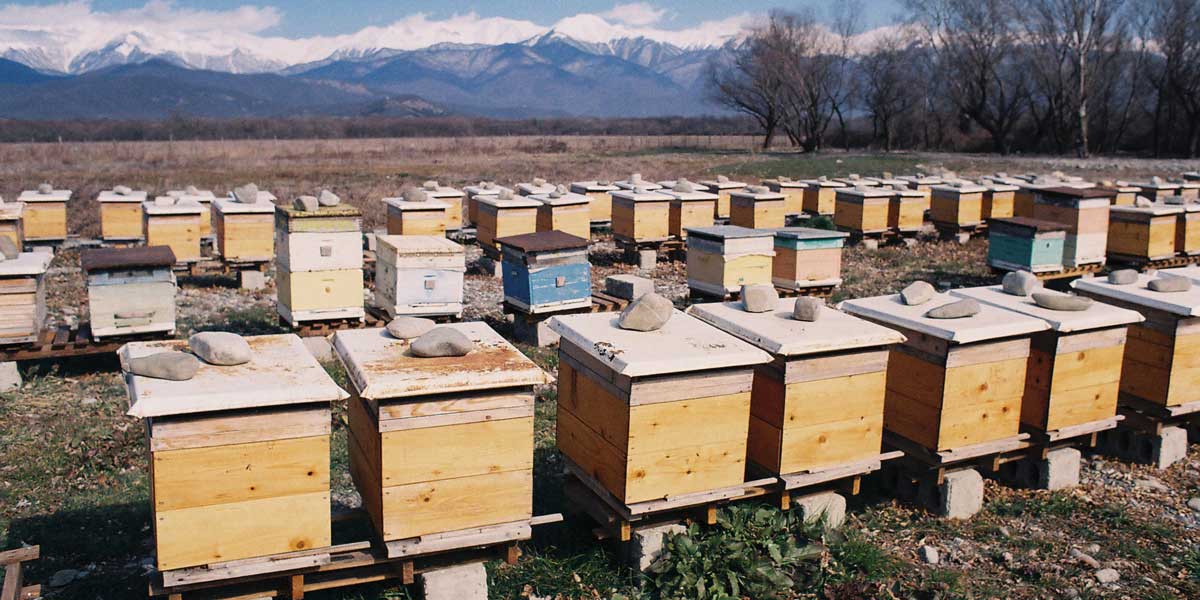 Accelerating the Shift to Commercial Agriculture in Georgia

MCC’s $395.3 million Georgia Compact (2006-2011) funded the $20 million Agribusiness Development Activity (ADA), which was designed to accelerate the shift from subsistence to commercial agriculture. The ADA awarded 283 grants in amounts ranging from $5,000 to $300,000 to groups of farmers and enterprises motivated to apply innovative business solutions and technology. The activity was based on the theory that providing monetary resources would improve agribusiness productivity and efficiency, thereby increasing revenues and decreasing production costs.

MCC commissioned NORC at the University of Chicago to conduct an independent final performance evaluation of the ADA. Full report results and learning: https://data.mcc.gov/evaluations/index.php/catalog/106.

Grantees and non-grantees identified a range of investments that they made in their businesses. Grantees indicated investing in new technologies and production practices, while non-grantees highlighted investing in land use and input purchases. The survey data suggests the ADA grants were predominately used to invest in machinery.

Both grantees and non-grantees tended to reflect the national trend in reporting increases in production levels and profits. For grantees, this was largely attributed to investing in machinery that increased efficiency, adopting new techniques acquired in training, and using new technologies. Non-grantees, on the other hand, cited increases in the scale of their operations and market prices of their products.

As with volume of production, grantees had higher levels of profits one year after applying for the grant, but the evaluator couldn’t determine whether this was due to the grant or due to the fact that grantees were more profitable irrespective of the grant. This finding should not be interpreted as evidence that the ADA did not impact profits. Rather, the data and methodology were not able to clearly identify any increase in profits for grantees as compared to non-grantees.

Both grantee and non-grantee groups reported increasing their number of employees, which was generally due to expanding the scale of business or in some cases diversifying into new activities. In the years after the grants were received, by contrast, the survey data showed a decline in employment for both grantees and non-grantees. Grant recipients initially had more employees than non-grantees, but non-grantees tended to increase employment in the early years following the grant period. By four years after the application period, grantees employed an average of 7.0 full-time equivalents compared to 4.9 for the non-grantees.

The ADA was initially planned to allow for a randomized design and regression discontinuity impact evaluation. However, due to fewer and more heterogeneous beneficiaries than planned, the more rigorous impact evaluation was not feasible. Additionally, there were problems with the initial two rounds of data collection, which were contracted separately from the final performance evaluation with limited involvement on the part of the evaluator. As a result, the quality of the data was compromised, rendering much of it unusable. Therefore, the evaluation was converted into a performance evaluation combining quantitative and qualitative data sources. As a result, the evaluation could not rigorously attribute any impacts from MCC’s investment.

The evaluation used a mixed-methods approach that combined qualitative data with descriptive quantitative analysis. Qualitative data collection included 11 focus group discussions and 25 in-depth interviews covering a total of 69 respondents. The qualitative findings were supplemented by considering trends in descriptive statistics from a quantitative survey of ADA beneficiaries and a comparison group that was conducted over three rounds in 2008, 2010, and 2012. The first grants were disbursed in March 2007 and the final grant was disbursed in December 2010, with the exposure period varying from 12 to 60 months.