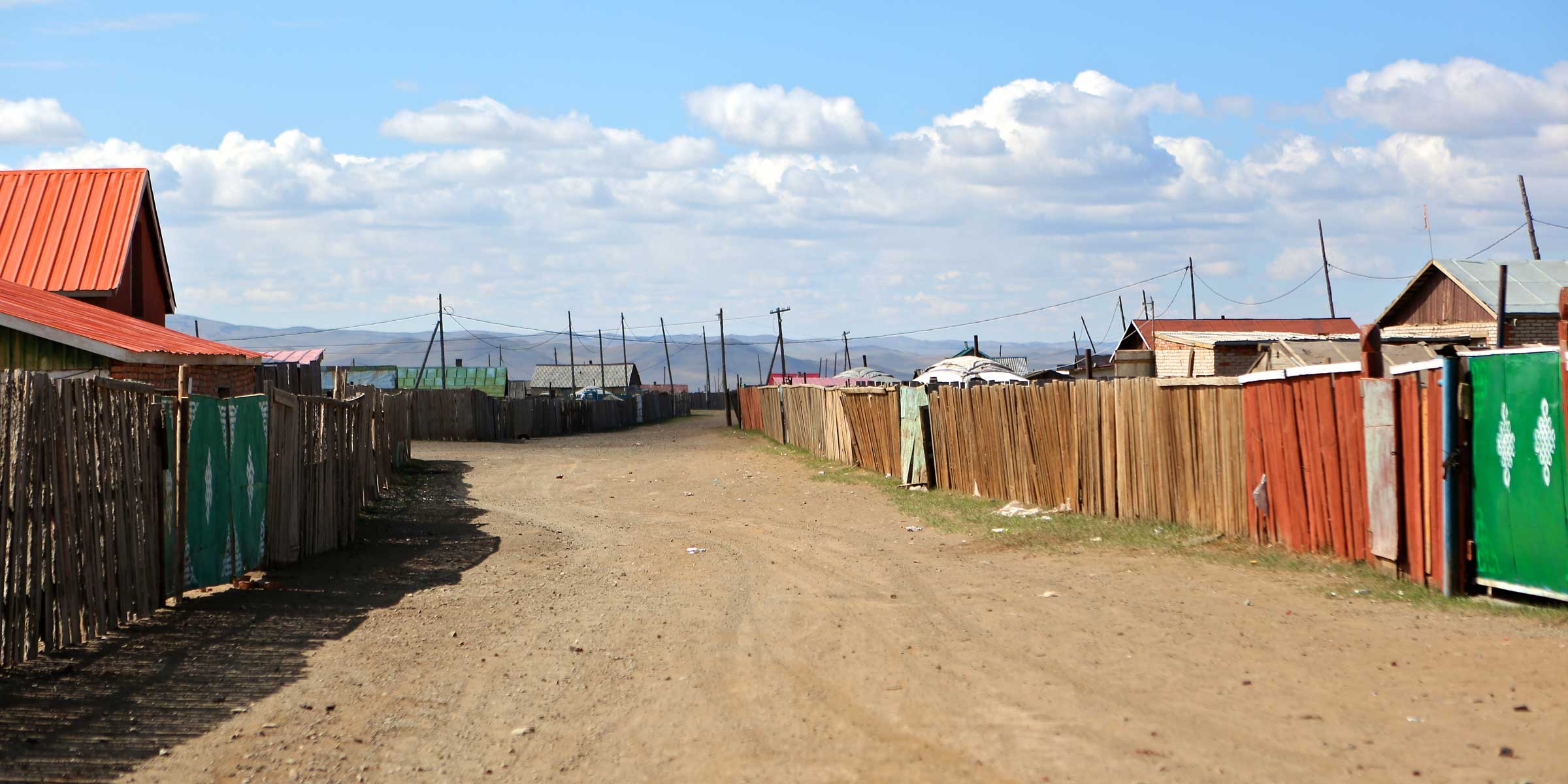 Titling to Raise Land Value and Cut Conflict in Mongolia

MCC’s $268.9 million Mongolia Compact (2008-2013) funded the $28.5 million Property Rights Project, which included two activities in urban areas: a $1.7 million Privatization and Registration of Ger Area Land Plots (PR) Activity and a $13.6 million Land Registration System Activity. The PR Activity supported land registration of over 19,000 parcels and was based on the theory that land registration in informal settlements in the capital city of Ulaanbaatar and eight regional cities would increase tenure security, access to credit, investments, and land values.

MCC commissioned Innovations for Poverty Action to conduct an independent impact evaluation of the Privatization and Registration of Ger Area Land Plots Activity. The evaluation was closed based on the interim results. Full report results and learning: https://data.mcc.gov/evaluations/index.php/catalog/93.

The evaluation questions included whether the activity led to:

During the compact period, the demand for registration increased. This could have been due to a combination of the 2012 extension of the government of Mongolia’s 2008 policy providing free privatized land for each individual (rather than each household), and the Property Rights Project Registry System Activity, which opened new registry offices, streamlined land transaction procedures, and built awareness around the importance of land registration. Over 60 percent of survey households said they registered in order to gain a property in an individual’s name.

At the same time, the program experienced implementation delays. Land privatization and registration activities in Darkhan and Erdenet took place March 2012–November 2012 and in Ulaanbaatar September 2012–September 2013. Almost a third of the land parcels in the program areas of Ulaanbaatar and 75 percent in Darkhan and Erdenet program areas had already self-registered. As such, by the end of the compact, the program mapped over 60,000 parcels but only registered 19,357 parcels. In addition, some households received a Governor’s Certificate, conferring private land rights, but were not registered.

The low achievement of targeted parcels titled by the program while control areas self-registered did not allow enough statistical power for an evaluation to identify a feasible minimum detectable effect on key outcomes. Changes between baseline and interim, as well as exploratory analysis of differences between titled and untitled groups, are presented below. These cannot be attributed to the activity.

Perception of tenure security increased overall with title being a driving factor. Based on official GASR tenure data, there was a 20 percentage point (p.p.) difference between households with and without land titles that felt secure in their tenure in both the baseline (67 percent vs 50 percent) and interim (86 percent vs 63 percent). The difference between titled (93 percent) and untitled households (52 percent) is even more distinct when using perceived tenure status from the household tracking survey.

The planned impact evaluation relied on a randomized encouragement design in which eligible households in randomly chosen areas were offered assistance to obtain a land title. The evaluation sample covered three of the nine project cities where economic benefits of land registration and titling were expected to be strongest and where 75 percent of Mongolia’s population live—Ulaanbaatar, Erdenet, and Darkhan. The evaluator planned two data collection rounds: a baseline and endline; however, when it became clear at the end of land registration activities in September 2013 that the program would not achieve land registration targets, the evaluator and MCC agreed to 1) discontinue the evaluation in Darkhan and Erdenet, and 2) add an interim phone tracking survey for around 20 percent of the baseline sample in Ulaanbaatar to assess the feasibility of detecting program effect.

The tracking survey was conducted from March–May 2014, giving respondents in program areas approximately six months to a one-year exposure period since receiving a title. Key outcomes like land investments and related increases in land values were not yet expected to change, but the timing of the tracking survey still provided a short-term outlook amid rapid economic growth. The tracking report summarizes tracking survey data across six key outcomes from treatment and control groups and compares it to baseline data. It also presents data by titled and untitled land parcels. The data was further analyzed by reviewing those who self-reported obtaining a title vs those that GASR reported as having a title. Tests for statistical significance were not presented so it is not known whether differences between treatment and control groups are significant. The tracking report therefore does not present impact estimates and reflects the results of a performance evaluation.

The evaluation relied on the following quantitative data:

The tracking survey and a review of GASR official registry records confirmed there was insufficient statistical power to continue the evaluation due to 1) the project registering under 20,000 of the 53,000 parcels targeted; and 2) controls self-registering their land parcels. These factors decreased the variation in land registration between treatment and control groups, thereby undermining the evaluation’s methodology. As such, the impact evaluation was cancelled. IPA analyzed the tracking data to provide the trends in key variables and examine the relationship between title and the key expected outcomes.