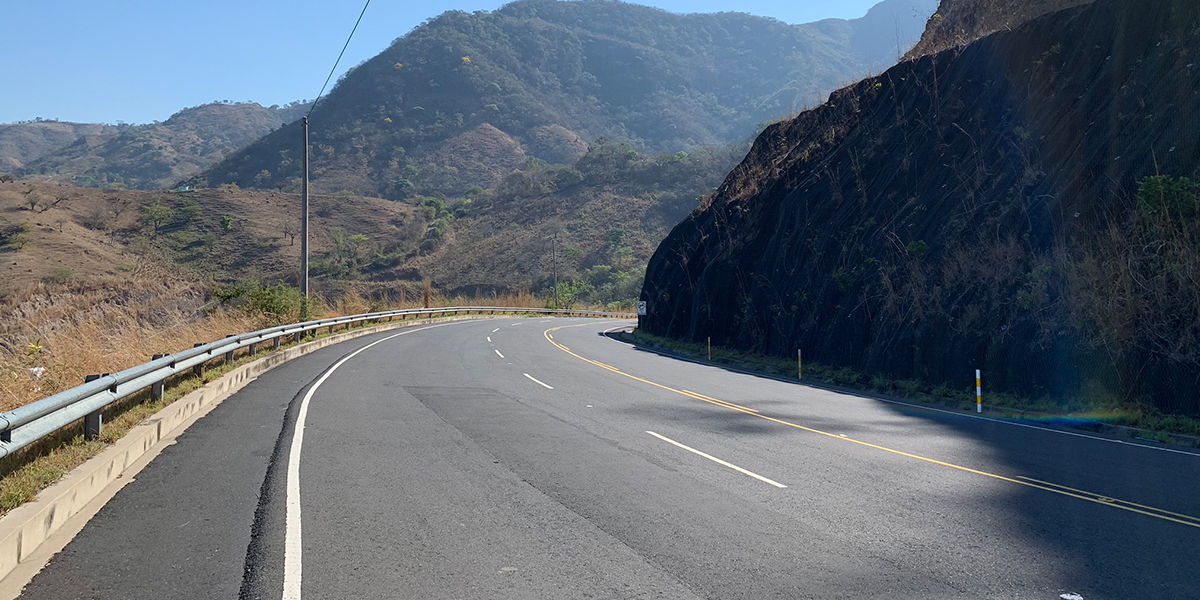 MCC’s $449.6 million El Salvador Compact (2007-2012) funded the $268 million Connectivity Project to build, improve, or rehabilitate 23 bridges and 223 kilometers of road. The project was based on the theory that improving road quality would lead to reduced travel costs and decreased travel time, leading to increased use of the road. Increased usage of the road would then enable communities to participate more fully in the national and regional economy.

This evaluation complements the interim impact evaluation of the Connectivity Project published in 2016.

These findings build upon the interim evaluation report results published in 2016.

Infrastructure projects are often plagued by cost and schedule overruns, and this unfortunately occurred during implementation of the Connectivity Project. The Ministry of Public Works was responsible for the engineering design, which took much longer than expected. The Salvadoran accountable entity, FOMILENIO, was responsible for project implementation and co-ordination.

The roughness of the highway reduced from 10.2 m/km to 2.0 to 2.2 meters/kilometer delivering a fully paved highway for the first time. The project also built two new bridges over the River Lempa.

The evaluation concluded that the Northern Transnational Highway will require a maintenance intervention soon (that is, resurfacing as soon as some road sections show cracking and disintegration close to a maintenance tipping point). Without intervention, the condition of the Highway will likely deteriorate. Based on evidence of maintenance activities, authorization for this work appears unlikely.

Rehabilitation of the Highway led to a substantial increase in average speeds which led to a reduction in travel time of over 10 hours from Guatemala to Honduras through the Northern Zone. All road users benefit from higher speeds.

Analysis of the Ministry of Public Works data showed that traffic volumes remain low (less than 500 vehicles for the mountainous section) along the Highway, which is well below traffic forecasts made during the design phase. There is no evidence in the analyzed traffic data of diverted traffic or significant traffic growth, which were both important components of the estimated economic benefits.

Three-quarters of traffic along the Northern Transnational Highway comprised private cars or pick-ups, with pick-ups observed to carry either agricultural produce for market or construction materials. Smaller two-axle trucks and very few semi-trailer trucks were seen along the Highway, reflecting low levels of economic activity in what is a mountainous area of El Salvador. Despite the low volumes of traffic, many residents of the Northern Zone were standing dangerously in the back of trucks or pick-ups, suggesting a market for travel exists but is yet to be addressed by formal regulated public transport providers.

MCC considers a 10% economic rate of return (ERR) as the threshold to proceed with investment.

An interim impact evaluation of the Connectivity Project was completed in 2016. Those results, along with other completed transport evaluations, were used by MCC to produce the Principles into Practice: Lessons from MCC’s Investments in Roads. To put those lessons into practice, the final performance evaluation of the Connectivity Project assessed how the project affected road users, using the Highway Development and Management Model (HDM-4) to model economic benefits supported by quantitative and qualitative data collection. The HDM-4 model was calibrated at Level 1 reflecting local Salvadoran conditions.

Quantitative data collection included a road roughness and road condition study and high-definition videos of the improved roads, which took place in El Salvador in January 2021. Traffic counts were cancelled due to COVID-19, so an older dataset from the Ministry of Public Works was used for the analysis as a workaround.

Since the road improvements were completed between 2011 and 2012, the exposure period was approximately eight years.