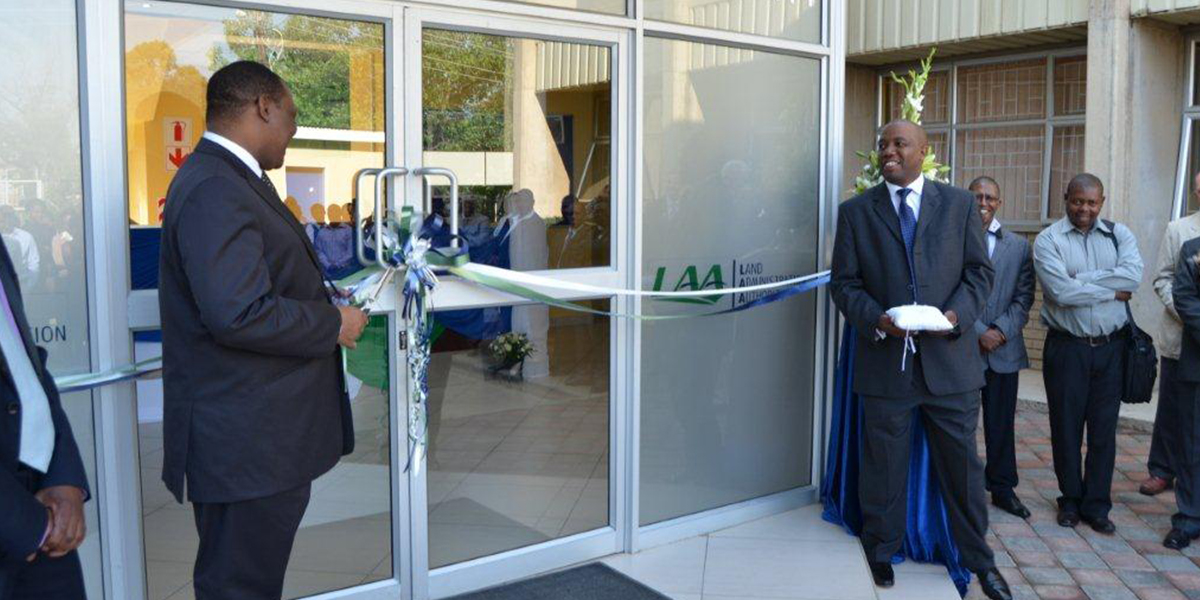 This final mixed methods evaluation was designed to answer the following questions:

The activity resulted in increased land tenure rights. Systematic land regularization provided over 52,000 leases, while legal and institutional reform catalyzed sporadic land registration. Sporadic land registration more than doubled in 2012 and demand remained high. The Legal Capacity of Married Persons Act, which was a condition precedent to the compact, and the 2010 Land Act, which presumed the joint titling of parcels held by married couples, significantly impacted women’s land rights. The activity increased the likelihood of a newly registered plot having a female individual or co-owner by 55 percentage points. From 2011—2019, women were listed as joint or sole owners on over 80% of leases from sporadic registration and over 85% of leases from systematic regularization.

Although documented land rights increased, the evaluation did not find changes in perceptions of tenure security from the land regularization work as measured by the fear of losing land. However, amid minimal fear of land conflict (less than 5 percent at baseline), female-headed households decreased their concerns of land conflict by 5 percentage points.

The activity’s policy and institutional reforms reduced barriers to register land rights, transfers and mortgages. Data analysis on Land Administration Authority records show the time needed to complete a land transfer, from providing all required documents to approval of the registered transfer, fell from an average of 522 days in 2006—2010 (before reforms) to 229 days in 2011—2013. Similarly, the number of days to process a mortgage declined from an average of 107 days to 30 days. Most of this reduction was due to removing the step of obtaining the minister’s consent (70 days), followed by reductions in processing time with the new Land Administration Authority and streamlined procedures. These transaction time savings have been sustained over the last decade. In fact, post compact (2014—2019), the average time to process a land transfer fell to 170 days (67 percent overall decrease) and a mortgage to 21 days (80 percent overall decrease).

In line with the project logic, the activity’s policy and institutional reforms, particularly removing the minister’s consent on mortgages, significantly improved access to credit. Mortgages doubled from an average of 168 per year in 2008—2010 to 351 per year in 2011—2013, with a further increase to 480 per year in 2014—2019. The share of mortgages issued for plots held or jointly registered by women increased from less than a quarter of new mortgages to over 60 percent of new mortgages. However, the evaluation was unable to find any changes in land investment or mortgages from land regularization. The project logic did not foresee changes in mortgages due to the bankability of the informal settlement households; however, there was an expectation for investment.

One issue was the lack of comparability between the treatment and comparison areas for systematic land regularization. Comparison areas were more rural and began urbanizing and developing shortly after the compact, noting their prime reason for investment was to secure land. Sporadic registration and transfers climbed in these areas beginning in 2015. Treatment areas were more urbanized and invested ahead of land regularization due partially to criteria around land investment to obtain a program lease.

MCC considers a 10% economic rate of return (ERR) as the threshold to proceed with investment.

Using registry data from 2008—2019 to replace assumptions made ex-ante, or at closeout, on the number of parcels registered, share of parcels used as collateral for a loan, volume of land transfers, transaction costs, and average mortgage values raises the project’s economic rate of return to 30.1 percent, up from 18 percent at pre-investment and 16 percent at closeout.

The study included a performance evaluation of the policy and institutional reform sub-activities and an impact evaluation of the land regularization effort. The performance evaluation used interrupted time series and descriptive analysis of administrative data on the volume, transaction time and gender equality of land registrations, land transfers, building permits and mortgages from 2000—2019. The impact evaluation used a matched difference-in-differences methodology to analyze panel household survey data from 2013 and 2019, allowing an exposure period of approximately five and a half years after lease issuance. This was complimented by a spatial discontinuity design using 2013 and 2016 aerial photography on structures and an econometric analysis using block analysis on land administrative, bank and building permit data.