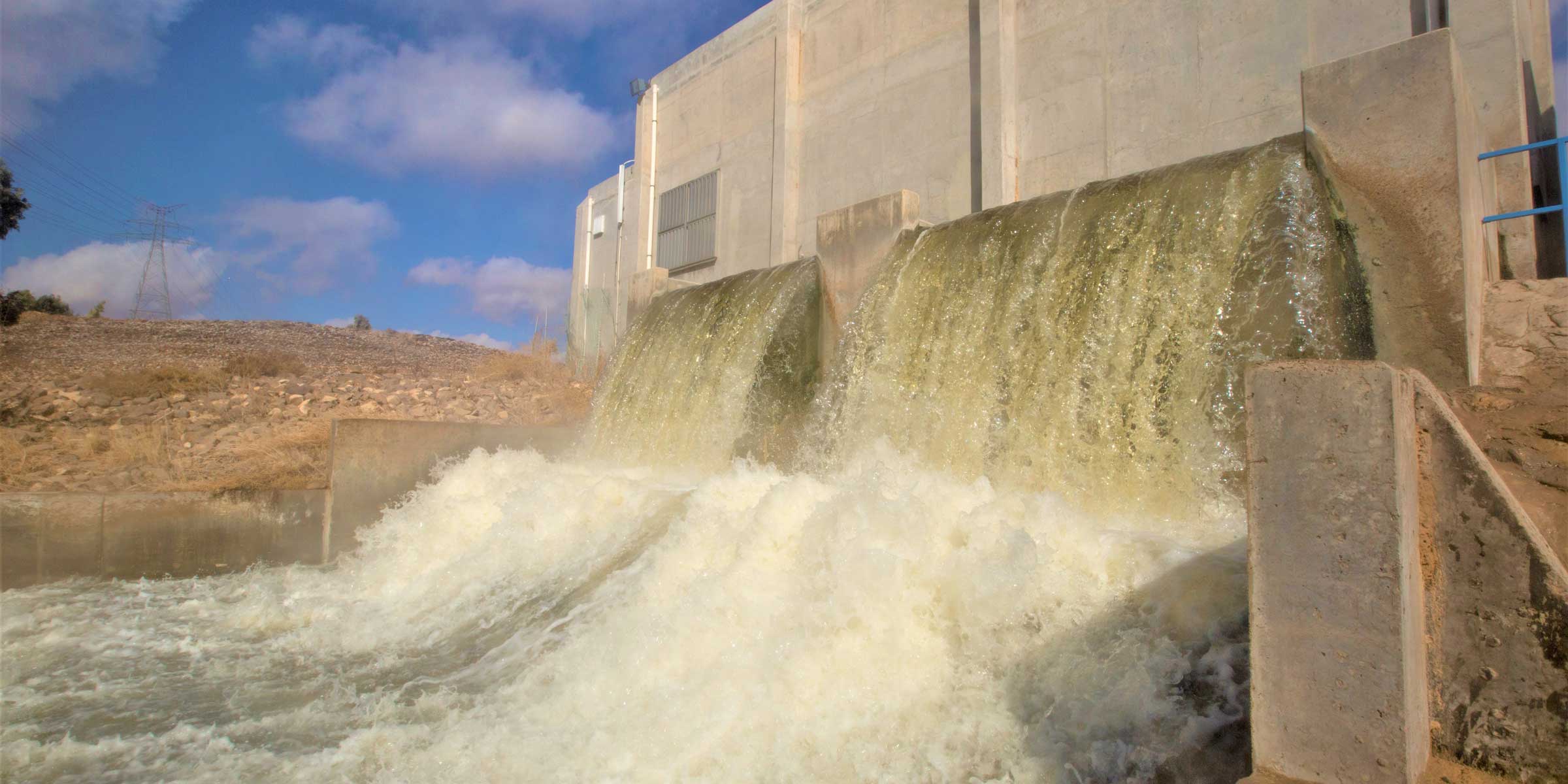 Increasing the supply of available water in Jordan

MCC’s $273 million Jordan Compact (2011-2016) contained three projects: the $88.6 million Water Network Project (WNP), the $75.8 million Wastewater Network Project (WWNP), and the $97.8 million As-Samra Expansion Project (AEP). It aimed to increase the supply of water to households and businesses through improvements in the efficiency of water delivery, the extension of wastewater collection, and the expansion of wastewater treatment in Zarqa Governorate. The projects aimed to stimulate economic growth by reducing the cost of water and the cost of supplying it (both borne by the utility) and by reducing household expenditure on non-utility water.

This final impact and performance evaluation was designed to answer key questions such as:

Irrigation with blended water in the Jordan Valley increased and irrigation using freshwater alone decreased, compared to controls. The WNP and WWNP investments contributed 5 million m3/year of inflow to the As-Samra Wastewater Treatment Plant, an amount that may increase to nearly 8 million m3/year by 2050. Treated wastewater is now blended with Zarqa River water, freeing up more water supply for consumers in Zarqa and increasing the use of blended water by farmers downstream. This additional flow is displacing the use of freshwater alone for irrigation in the North Jordan Valley, where farmers report a 10-15 percentage point increase in the relative balance of blended to freshwater sources, compared to controls. This shift away from freshwater alone took longer to occur than originally projected in the ex-ante MCC economic rate of return.

There was initial concern that this shift to blended water would negatively impact farmers by affecting farm productivity; but fortunately, no negative impacts were found. Compact investments did not lead to consistent changes in total farm revenues in treatment areas using increasing proportions of blended to fresh irrigation water. In areas that had always used blended water but were experiencing increased flows as a result of the compact, overall output, revenue, and profits increased relative to other farming areas. The additional water consumption that led to these changes was not anticipated by compact designers and likely dampened positive effects observed further downstream in the Jordan Valley.

This shift in irrigation sources freed freshwater for urban water consumers: 3-5 million m3/year of additional water supply (net of water losses) reached urban consumers in Zarqa between 2014 and 2018 compared to a model-based counterfactual—an amount that may increase to 8 million m3/year by 2050.

Water supply reliability improved as a result of the Jordan Compact, with duration of service increasing by 1.2-1.8 hours/day on days water is supplied relative to comparison areas in Amman. Metered consumption of utility water increased among households in WNP areas by about 2-3 m3/quarter compared to controls, though some of this increase was due to reduced meter error. There is no consistent evidence of changes in the quantity of vendor (shop or tanker) water consumed. Additionally, there is no evidence of increased water consumption among enterprises compared to controls.

Vendor water is more expensive than utility water, and it was theorized that households would shift away from this source and towards cheaper utility water as a result of improved supply, thereby saving money. However, there is only weak evidence that expenditures on vendor and network water declined. Measured declines are mostly not statistically significant, and cannot be clearly attributed to the compact, since quantities of shop and tanker water consumed did not decline. Even though the evaluation did not find evidence of unsafe microbial contamination in network water, consumers expressed a preference for vendor water.

There was no evidence of time savings from improved water supply, thus the theory that using more network water and less vendor water would save consumers shopping time did not hold true.

Operating cost recovery initially improved sharply in 2014-2016 (from 60 percent to close to 90 percent) as revenues increased with sewer subscriptions and meter replacement. Despite decreasing non-revenue water, cost recovery has since declined (back to about 70 percent in 2018), likely due to increased energy costs, the continued need for pumping for network water supply, and the costs of wastewater management and pumping of water to Zarqa from the Disi aquifer.

There was no evidence of consumer savings on wastewater management thus far, although this impact may take longer to materialize given the infrequency of cesspit maintenance. There were inconsistent results for diarrheal disease (mixed evidence of increases in WWNP areas), but the evaluation samples were not large enough to detect such changes as it would have required a prohibitively large sample size to detect the effect size modeled in the ex-ante MCC cost benefit analysis, therefore these increases were likely spurious.

The results targeted to the Jordan Valley were measured through an impact evaluation, specifically a difference-in-differences approach that uses variations across time and space in the usage of freshwater and blended water.

The results targeted to Zarqa households and enterprises were also measured through an impact evaluation, specifically a differences-in-differences matching design. Intervention (treatment) and non-intervention (control) zones in Zarqa were matched based on pre-project characteristics. Treatment zones in Zarqa were also matched with controls in Amman to distinguish impacts from spillover effects within Zarqa.

To assess benefits to the Zarqa water utility, the evaluation compared utility performance indicators over time in Zarqa against those in Amman and Aqaba. The evaluation also drew on the impact evaluation framework to conduct zonal analysis of billing and maintenance events in the compact areas and matched comparison areas.

Exposure Period: Depending on the evaluation question and evaluation data source, the total period of exposure to the intervention being evaluated ranged from 27 – 50 months.