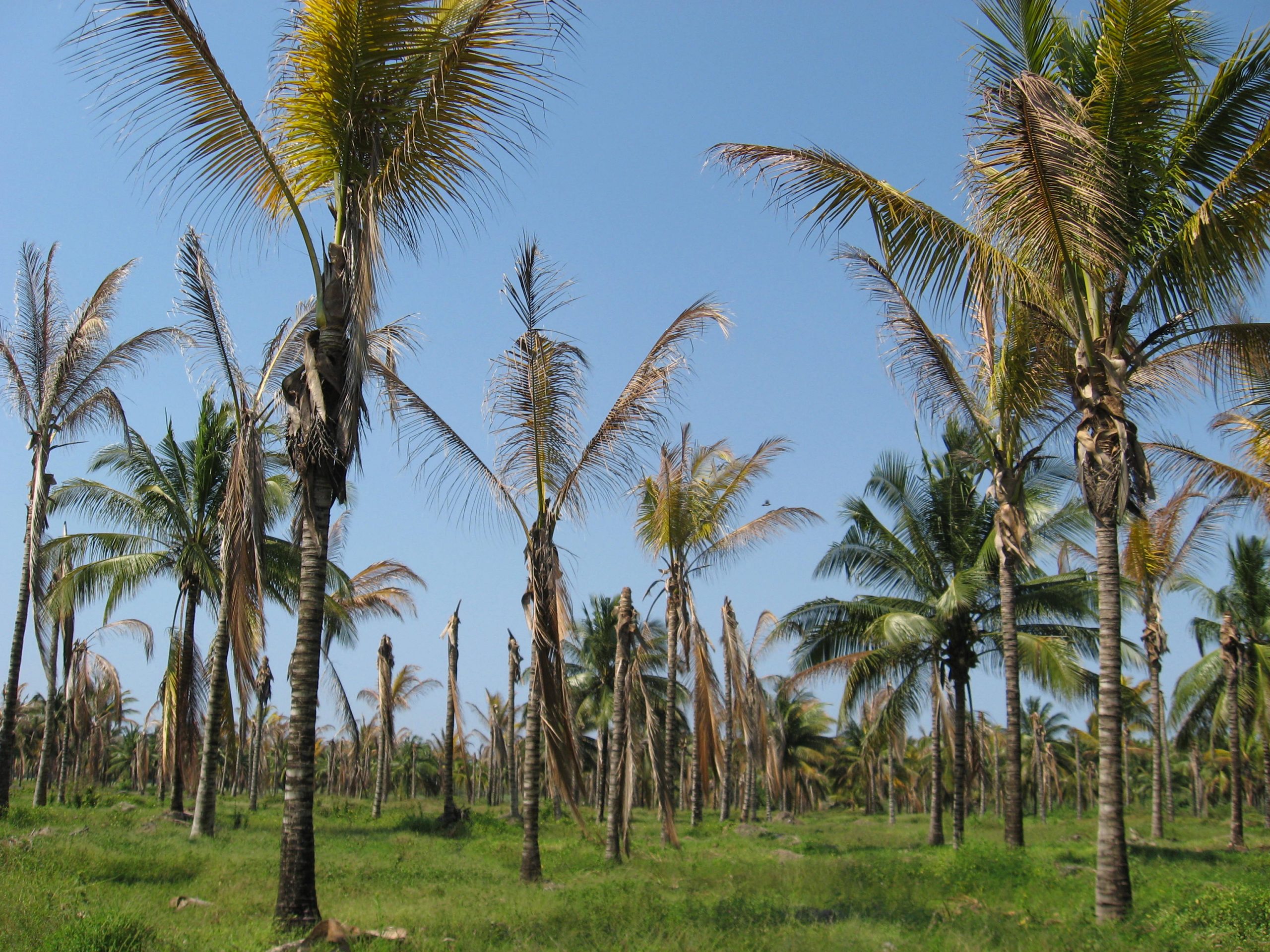 This final evaluation was designed to answer whether or not the Farmer Income Support Program training, tree removal and replacement, business grants, and research activities:

FISP efforts on disease and pest control focused on the epidemic area. According to the tree survey, there was an 18 point statistically significant higher prevalence of healthy trees in the treatment area compared to the comparison (43 percent compared to 26 percent). According to satellite imagery analysis, the tree coverage score remained between 35-45 percent in project areas, but dropped to below 10 percent in comparison areas by 2014. These findings suggest the activity slowed the disease spread rate in project areas, however the magnitude of the reduction was not very large. Additionally, less than 10 percent of farmers across all groups knew that cutting and burning the stumps is the best way to mitigate disease after FISP training.

There were no impacts on farm income in either area. In the endemic area, FISP increased alternative crop income by $7, with no overall effect on farm income. However, in the epidemic area, increases in non-farm income ($85.30) were largely from fishing and non-skilled labor. These farmers earned on average $209.36 annually from non-farm sources, while households in comparison areas earned on average $123.27. FISP was not designed to have an impact on non-farm income, but the evaluator hypothesized FISP activities made farmers in these areas aware of the disease early and triggered them to diversify earlier compared to comparison. Lastly, the business development grant recipients in both areas perceived the program to be beneficial, however, no beneficiaries were able to provide information to quantify increases in sales, net income, or employment.

Qualitative Data in all eight districts: