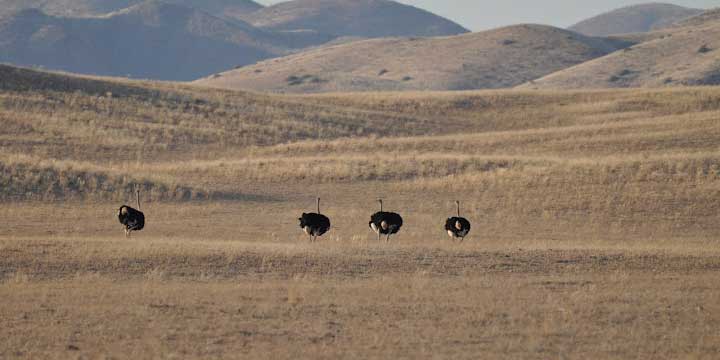 Boosting Conservancies and Investment in Namibia

This final performance evaluation was designed to answer if training and grant support:

The activity was implemented by the World Wildlife Fund and supported 31 of 76 conservancies, which are areas where community members living on communal land are empowered by the government to manage and benefit from the area’s natural resources. The training provided to conservancy management and non-management members covered a diverse range of topics based on relevance and perceived need. Animal relocations had multiple benefits for game viewing, tourism and hunting, and enhanced conservation. However, increased animal populations also increased the presence of predators, which could have negative implications for conservancy members.

The activity established 15 joint ventures and 13 new enterprises during the program. Qualitative results indicate joint-venture grants for lodges and animal relocations were important for business partnerships. Considered less critical to increasing business partnerships were the human wildlife conflict grants and technical assistance, which had high transaction costs. Both the number of joint ventures and the level of conservancy revenues were positively correlated with full-time employment separately, with the former operating through the later, while small- and medium-sized enterprise grants were not correlated with full- or part-time employment.

Conservancy revenue distribution and employment did not yield major well-being improvements overall. Yet, the households that were female-headed did experience increased expenditure and income. However, women still have lower average incomes than men. The evaluation noted that conservancies would require ongoing support beyond the program for the indefinite future given the complexity of partnerships established.

Activities began in November 2010, giving an exposure period of 0-42 months.

The performance evaluation used pre-post methodology, relying on both qualitative and quantitative data collected in July 2011, July-August 2013, and May 2014:

Due to timing and data limitations, the evaluation did not measure the following benefit streams that were modeled in the cost-benefit analysis of the program: (i) value of increases in animal populations; (ii) conservancy revenues; and (iii) total benefits from joint ventures.