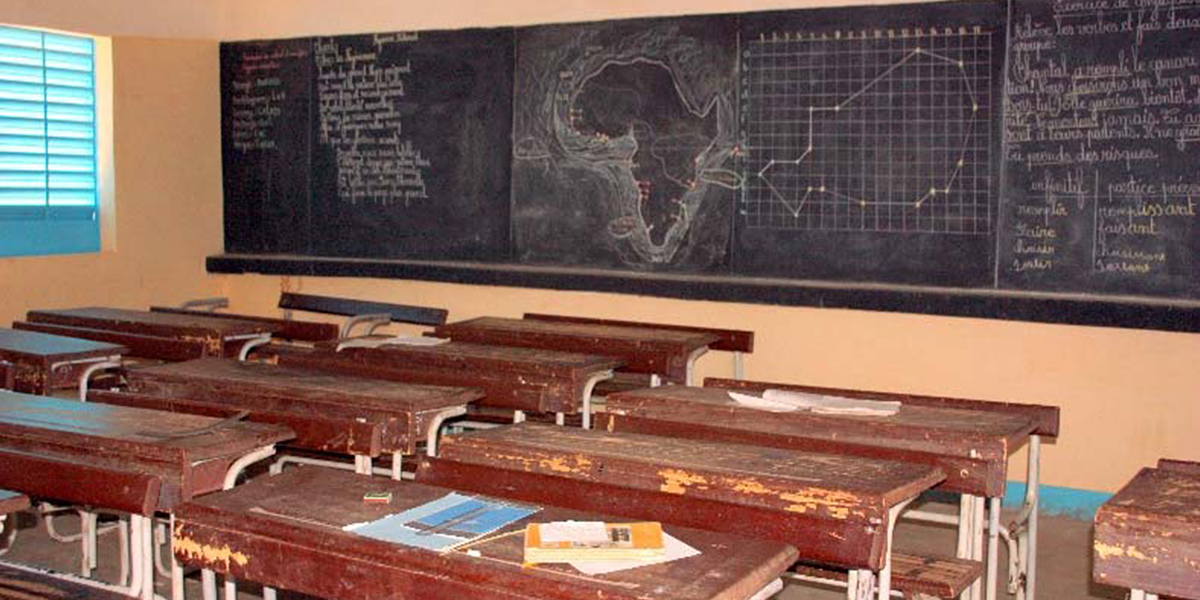 MCC’s $23.1 million Niger Threshold Program signed in March 2008, was suspended in December 2009 due to a pattern of actions by the Government that were inconsistent with MCC’s eligibility criteria. The total Program budget was reduced to $16.9 million. At the time of the suspension, $12 million of the planned $18.1 million budget for the IMAGINE (Improve the Education of Girls in Niger) Project had been expended. The IMAGINE Project aimed to construct girl-friendly schools and implement complementary educational activities to improve education outcomes of primary school aged children.

Positive Impacts in Enrollment and Attendance

Positive Impacts on Learning for Girls

The selection of the IMAGINE treatment villages using random assignment occurred in December 2008. The list of villages to receive IMAGINE was finalized in February 2009, after completion of a ground-truthing exercise. Construction of the IMAGINE schools began in March 2009 and, despite the Program’s suspension in December 2009, 62 functional, girl-friendly schools consisting of three classrooms, teacher lodging, and latrines were built before all project activities ended in April 2010.

Due to the Program’s abrupt ending, the majority of the complementary activities were not implemented, as project activities ended after 14 months instead of the intended 3 years. A few complementary activities, such as providing textbooks and materials for the schools, were fully implemented, whereas teacher training, mothers’ literacy training, and societal awareness campaigns were only partially implemented. Expected merit-based awards for female teachers, student tutoring, and hygiene and sanitation education were not implemented at all.

Positive Impacts in Enrollment and Attendance

The IMAGINE project provided sustained positive impacts on school enrollment for children ages 6 to 14. Children living in treatment villages were 7.8 percentage points more likely to report having ever been enrolled in school than their control village counterparts, and 8.3 percentage points more likely to report having been enrolled in school during the 2012–2013 (the most recent) school year. IMAGINE had a smaller impact (4.7 percentage points) on the likelihood of parents saying they intended to enroll their children the following school year.

Overall, the project had an impact on math scores, but no statistically significant impact on French language test scores. For math, children in treatment villages answered, on average, 0.5 more math questions correctly than those in control villages (out of a possible 18 questions) and scored 0.126 standard deviations higher on the total math assessment. For both math and French, the impacts for girls were consistently larger than the impacts for boys. However, the design and implementation of the project did not allow the evaluation to rigorously assess what components of the IMAGINE project drove these differential impacts.

The final impact evaluation used randomized assignment to estimate the impact of the project. In 2009, 65 villages were randomly selected to receive the IMAGINE project. Due to deviations in implementation, security concerns, and other data collection challenges, the final evaluation sample was comprised of 178 villages, 57 treatment and 121 control.

Outcome data on the IMAGINE project were collected in late 2013, approximately three years after school construction ended. In all IMAGINE and control villages, randomly selected families with school-aged children responded to a household survey, as well as math and French assessments directly administered to children in the interviewed households. A village and school infrastructure questionnaire was also administered to a village leader, complemented by direct observation of school infrastructure and a village-level census.

The follow-up project, Niger Education and Community Strengthening (NECS), which included investments in all of the villages where IMAGINE constructed schools, was the subject of an impact evaluation. Endline data for that impact evaluation was collected in late spring 2016, and final evaluation report was published in 2017.