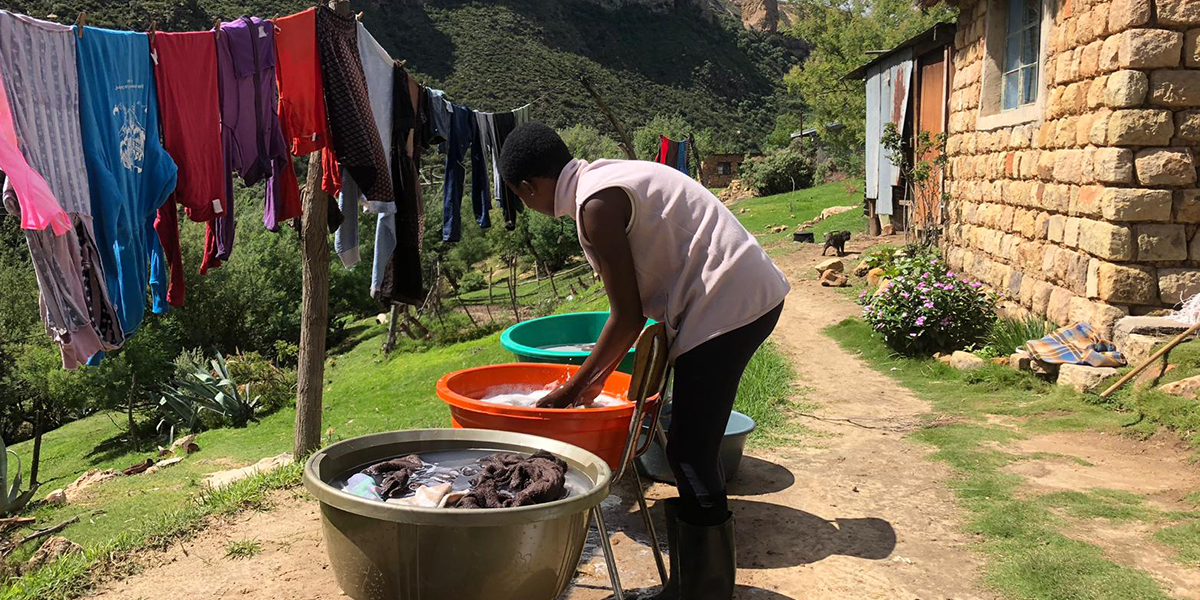 MCC’s $362.5 million Lesotho Compact (2008–2013) provided $105.6 million toward the Metolong Program, which aimed to increase bulk water supply, and the Urban and Peri-Urban Water Activity, which aimed to rehabilitate, improve, and expand urban water networks in five urban centers. These investments were based on the theory that improving water supply infrastructure would increase access to and reliability of quality water. This was expected to save time and reduce illness among households, thereby raising incomes, and to increase industry investment.

This final performance and impact evaluation was designed to answer the following questions related to implementation and functionality, management and sustainability, and ultimate impacts on consumers.

The MA benefited from high-quality designs, management, construction supervision, and overall oversight. Compared with a pre-compact capacity of 34–40 megaliters per day, the water utility can now deliver at least 115 megaliters of water per day to Maseru and its surrounding peri-urban areas. The original program design envisioned Metolong meeting demand well beyond 2020, but this supply is now expected to suffice for even longer.

The contractors and program implementation unit responsible for overseeing the UPUW Activity performed poorly, which exacerbated unsuitable designs. Responsibility for malfunctioning works was not well defined to allow for efficient resolution. Therefore, despite increased consumption and new connections that likely generate revenue, the activity’s deficiencies have increased costs incurred by the water utility. However, the Semonkong system, which was new, is fully operational and able to meet current demand with only 8 hours of operation per day.

Households across Maseru reported approximately 22 hours of service per day, both before and after the intervention, with no difference between areas supplied and not supplied by the Metolong dam. Following the lack of difference in service hours, no impacts were found on time savings, water consumption, diarrheal illness, or water expenditures. However, the Metolong supply likely averted shortages and could continue to do so even though it had no observable impacts at the household level.

Households with new connections also reported lower prevalence of diarrheal illness among children under five than did unconnected households. However, differences were statistically insignificant, likely due to a smaller than anticipated sample size. These results are representative of sites with the highest implementation fidelity where the evaluation was conducted (Semonkong, Roma, and Morija), and thus cannot be extrapolated to the UPUW Activity as a whole.

This evaluation offers several lessons learned, including highlighting the importance of contract and implementation oversight structures to ensure infrastructure functions as intended. In addition, the results will better inform the types of benefits that can be expected from upgrading central water infrastructure versus expanding access; institutional and community considerations; as and key issues to consider in urban contexts, such as spillover benefits.

MCC considers a 10% economic rate of return (ERR) the threshold to proceed with an investment. While the evaluator did not recalculate the ERR, they provided feedback on the validity of the ERRs produced by MCC (24.1% for the MA and 15.5% for the UPUW Activity); the evaluation findings imply the ERRs may be lower than originally estimated. For the Metolong Activity, no local milling facility was constructed and the number of firms and employees participating in water-intensive industry has not grown. For the UPUW Activity, despite meaningful contributions toward the program objective of improved supply, anticipated time savings accrued to new customers but not necessarily to existing customers, and statistically significant reductions in diarrheal illness among the same population were not observed.

The summative evaluation also included performance evaluation methods. Using data collected through a customer survey and ex-post thematic analysis, the aim was to measure outcomes in the remaining intervention not covered by the impact evaluations. Focus groups and water quality testing were carried out across all intervention areas.

Data for the impact evaluation and customer surveys were collected in face-to-face interviews between April and June 2019. Given that some works continued post-compact, the exposure period for the summative portion of the evaluation is 4–6 years. Other data collection on industry is described further in the evaluation report.