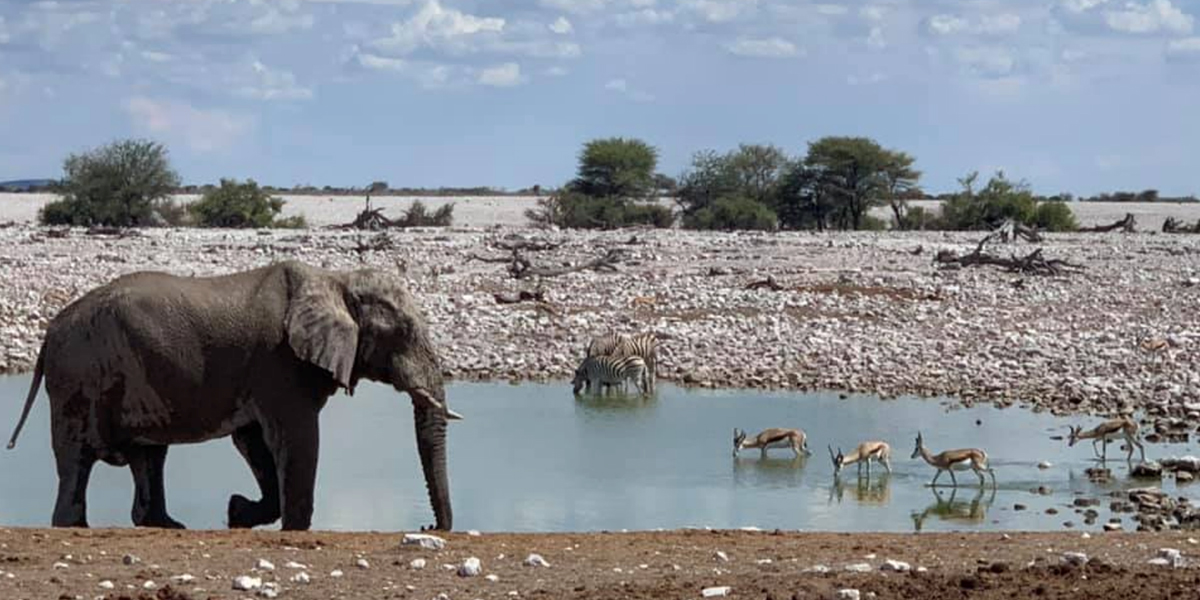 MCC’s $257 million Namibia Compact (2009-2014) funded improvements in tourism infrastructure and management and the marketing of Namibia as a tourist destination through two activities under the $69 million Tourism Project. The $39.3 million Etosha National Park Activity, was based on the theory that an improved tourist experience would increase tourism to Namibia and generate income and employment opportunities for Namibians, while conserving the natural resources that attract visitors.

The Etosha National Park Activity was largely implemented according to plan, though some components experienced delays, and not all aspects were implemented fully or in a sustainable way. Key achievements included completing the Galton Gate, new Park management centers, staff housing and facilities, and the Olifantsrus Rest Camp facilities.

Implementation of the planned management reforms was fraught—many reforms were only implemented on paper or were not sustained post-compact. For example, Park management was supposed to be decentralized to a local level, rather than it being managed centrally by the Ministry of Environment and Tourism in Windhoek. A Park Deputy Director was hired, but authority was never fully delegated from the Ministry ’s central office in Windhoek to the Deputy Director based at the Park, and budgets are still centrally controlled by the Ministry.

Another example was an equipment maintenance database and plan that were created to ensure timely and complete maintenance of equipment. This database was created, but the maintenance plan was never implemented due to a lack of resources. Reasons reported for the lack of meaningful change included: unrealistic timelines, resistance to targets, and a lack of stakeholder buy-in for the process itself.

Today, the Park remains centrally managed and resourced from Windhoek, and Park staff face a lengthy process for requesting and receiving funds for repairs.

Stakeholders reported that the quality of the visitors’ experience has improved, and staff reported higher morale. However, there was a lack of evidence suggesting that park management had improved.

Visitor data on the Park’s most popular gate shows an increase in visitors, especially post-compact, though the increases are small and in line with the pre-compact trend. Visitors using the compact-funded Galton Gate have also increased. Some lodge owners adjacent to the Park and other key informants reported increased investment around the Park.

Unfortunately, administrative data quality gaps prevented the evaluation from concluding whether there were discernable increases in other key outcomes of interest.

To a large extent, compact-supported infrastructure remains in operation, though the allocation of resources to maintain it in the long-term is a recurring challenge. The new Galton Gate entrance to the Park, staff housing and facilities, and the Olifantsrus Rest Camp are still operational and largely in good condition, though Park staff reported some inadequacies and maintenance issues with housing. The Olifantsrus game viewing area has been damaged, and it is unclear if or when it will be repaired.

Road quality continues to be a challenge within the Park, despite the provision of road maintenance equipment, because of a lack of adequate financial and staffing resources. Road maintenance and animal translocation equipment is also largely operational, though some maintenance equipment was out of service and pending repairs at the time of the evaluation. When equipment breaks down, the Ministry of Environment and Tourism does not always have sufficient funds available for complete and timely repairs, and staff capacity for maintenance is limited. In addition, some of the equipment was procured from overseas and is costly to repair locally.

The activity introduced an electronic registration system to track visitors at the Park, but it is no longer in operation, and there was no clear plan in place to put it back in working order. Given the ongoing limited funding situation, and financial crisis and recession in Namibia, the maintenance gaps seem poised to continue.

Abt Associates conducted a mixed-methods, ex-post performance evaluation to assess the Etosha National Park Activity. The evaluation team used both quantitative and qualitative data in order to triangulate results and draw logical, well-supported conclusions about the activity. Different components of the activity were completed at different times, so the exposure period ranges from 54 to 100 months.

Qualitative data were collected through in-country key informant interviews with 27 key informants and focus group discussions with 47 participants (conducted between March and May 2019), a desk review of project documents, and site observation supported by visual material (photos and videos) collected in March 2019. The team used NVivo software to code and conduct ex-post thematic analysis.

The evaluation also incorporated quantitative descriptive analysis of administrative data provided by the Ministry of Environment and Tourism from the period 2006-2017. However, many of the data had gaps, such as missing years or inconsistencies. In other cases, data on the specific indicator of interest was not available, so the evaluation team had to rely on proxy indicators. All quantitative data were cleaned and analyzed using Stata software.