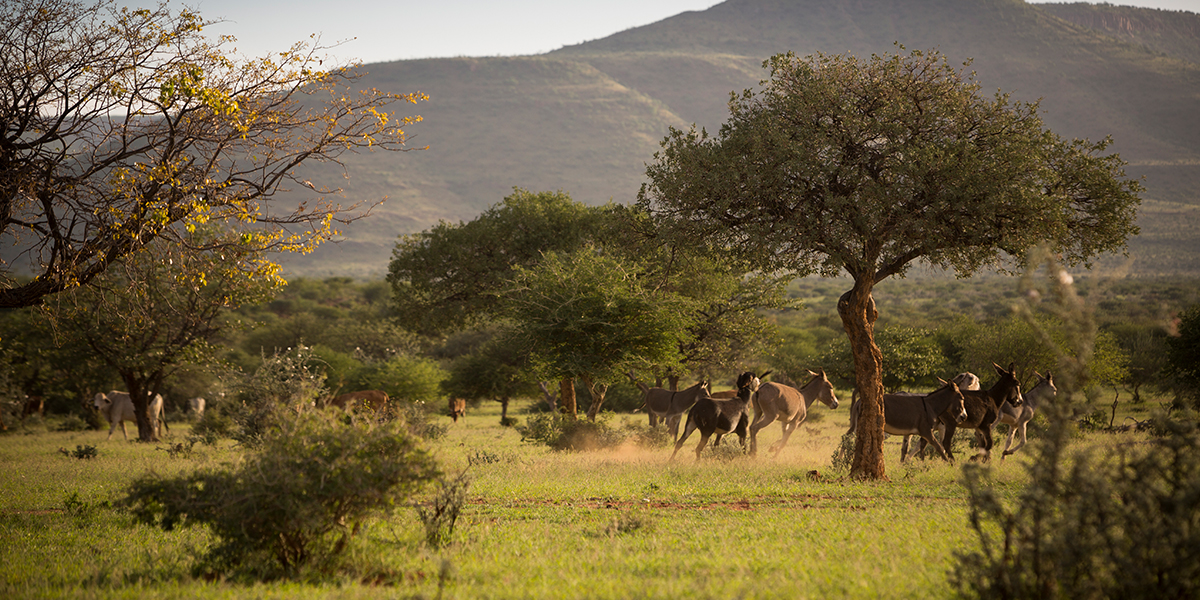 Knowledge and Awareness of Land Rights

Land Use, Livestock and Investment

This final performance evaluation was designed to answer the following questions.

Knowledge and Awareness of Land Rights

To assess a basic understanding of land registration, 12 focus groups of Northern Communal Area residents and four focus groups of female land users were asked to describe the land registration process. All focus groups could explain what land registration was, and 14 groups could confidently provide more details about the process. While almost all groups could collectively explain the land registration process, respondents were not universally confident in their understanding of land issues, particularly access to communal land for cattle grazing. Northern Communal Area residents credit communication and outreach campaigns with improving their understanding of land issues. Respondents mentioned that the most common forms of outreach were training and village meetings, information from the village headperson, and radio campaigns. Although residents overwhelmingly expressed positive views about the outreach they received, none of the respondents could recall whether CLS was the primary outreach and communication source.

A quantitative knowledge assessment administered to land officials showed that understanding was strong on some issues, but weak on others. Nearly all respondents understood that the duration of customary land rights is not limited and the Traditional Authority has the responsibility to give grazing rights. However, only one respondent understood that parcels larger than 50 hectares must be registered as leaseholds. While the training was viewed positively, officials expressed mixed confidence in their understanding of the Communal Land Reform Act and their ability to carry out its functions, thus they requested additional training.

In most cases, respondents did not express any concerns about individual tenure security. In 9 of 12 focus groups with Northern Communal Area residents who were asked about the issue, respondents did not indicate any fears or perceived threats to their rights. In the focus groups where concerns were raised, the main worries related to government expropriation and mistrust of the village headperson. Additionally, most respondents recognized the value of land certificates and believed these certificates contributed to increased tenure security, particularly for women. In 10 of 12 Northern Communal Area resident focus groups that asked about registration, respondents indicated that CLS mapping and registration improved their tenure security. Respondents pointed to certification increasing their perception that the land was indeed theirs and clarified boundaries. Certification was seen as especially beneficial for women, who face disadvantages under the traditional system. Mixed gender and female-only land user focus group respondents in the Northern Communal Areas noted that certification improved women’s bargaining power and control over household decision-making. They also noted the CLS communication and outreach campaign played an important role in expanding awareness of widows’ rights and protecting widows’ land from their husbands’ relatives’ claims. Community members perceived this as an improvement for women, even though joint certificates were not issued at the time of the evaluation.

CLS evolved considerably during the course of implementation. After Phase 1 there was a shift from primarily registering large land parcels (defined by regulation as those that exceed 20 hectares) to securing property rights for smaller parcels as well. Beginning July 2012 under Phase 2, the scope of CLS expanded, though its target coverage area was reduced.

While most focus group participants reported their land was mapped, less than one-half reported having a certificate. Respondents highlighted both overall delays in certificates being issued and specific circumstances that prevented certificates from being issued for certain parcels. For example, some participants acknowledged they were away from their homes during the mapping process, arrived in the village after mapping occurred, or their land did not meet the requirements for mapping.

Despite substantial progress in advancing discussions about group land rights, CLS did not succeed in registering any group rights. The Communal Land Reform Act allowed for customary land rights and larger-scale leaseholds to be registered in the name of groups rather than individuals, but there were neither regulations nor systems in place that would allow groups to register rights before the compact began. CLS sought to establish a process for registering group rights and piloted this process in a few areas. Many individuals interviewed noted how CLS made progress toward registering group rights, but felt more work was needed on the surrounding systems and politics to fully institute the registration of group rights.

Land Use, Livestock and Investment

Although this initial performance evaluation did not directly measure medium- and long-term outcomes, such as land use, livestock quality and other investment, the findings provide an opportunity to revisit the CLS program logic and assess the extent to which the originally anticipated outcomes are likely to be realized. For example, a key assumption in the CLS logic was that insecure land rights constrained investment. However, the evaluation data suggest that tenure insecurity did not significantly constrain investment prior to CLS. Another key assumption was that securing rights to communal areas for cattle grazing would contribute to improved land use and livestock outcomes. However, the evaluation found that the availability of communal land to graze cattle is decreasing and tenure insecurity persists. Ultimately, the findings from this evaluation cast doubt about whether increased investment and improved land use and livestock outcomes will materialize without further intervention.